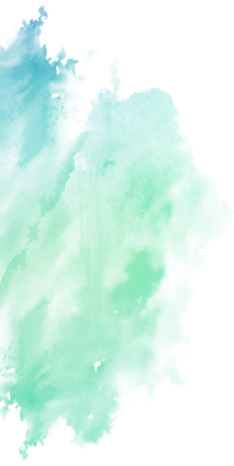 The Action will directly target 151,000 community members through improved municipal services and social stability, including 50% females, 29% children (below 18 years), 4% of People with Disabilities. At least 704 female and male youth aged 16-30 years old will be capacitated and interacting for the benefit of their communities. Moreover, the programme targets (around 500,000) indirect beneficiaries in the proximity of the target area through ripple effects of local advocacy actions as well as Quick Impact Projects. This will also be the case throughout Lebanon, through the impact of national advocacy work. Finally, the project is looking at state authorities at the level of local municipalities as beneficiaries.

To strengthen social stability among youth by empowering them to become leading actors in their communities.

How did Reine become involved in EU-funded Youth RESOLVE?

Reine Antonios is 23 Years old. For the fourth year in a row, she has been a member of Beirut’s “Sin El Fil Youth Committee”, which has been part of the EU-funded Youth RESOLVE project, part of “EUTF Madad” since its inception. Reine was introduced to social work at an early age, as she herself was a beneficiary of the World Vision Lebanon’s Child Sponsorship program. She still remembers, vividly, the many engagement activities and training sessions she had the chance to take part in as a child. Experiences that, as it turns out, shaped her future.

As a teen, she became aware of the Sin El Fil Youth Committee in a community she knows and loves. It’s where she was born and raised; she knows the needs of her peers and friends. As her sister was already a registered member, she decided to volunteer and attend meetings until she could officially join, once she turned 18. Her first intervention with the municipality was the planning of assessments to identify the needs of communities. Little did she know she would later participate and be directly involved in refurbishing a garden for her fellow community members!

“When I was interviewing for my first job at a medical company, the recruiter told me my experience as a volunteer was highly valued and ultimately helped me to secure the position; I am very proud of that. I am excited to be part of the second phase of Youth RESOLVE, because once you see the potential of creating impact you become addicted. I want to improve on what we did before.

We showed the perspective of youth. The municipal committee started trusting us. We built faith in a better future through awareness activities about bullying, domestic violence and environmental causes”.

Skills Reine developed through participation in the EU-funded Youth RESOLVE

This overall experience gave me self-confidence; participating in decision-making processes and being exposed to influential people, taking part in focus groups, analysing the selection criteria for youth committee members’ recruitment and all sorts of data gave me a very rich set of skills. I also learned how to adapt to different types of people and build my leadership.

When I see the impact of our efforts in children’s eyes, I feel like we have created something special, planted a seed of hope… Youth RESOLVE is targeting youth like me; it gives us a certain sense of security and allows us in turn to give back on the long run. We as young people can be empowered to foster social stability and strengthen resilience. We will become advocates of sustainable development goals. I saw my peers starting to build the ambition of becoming members of the municipality.

I hope that we will have a larger number of youth in the committee for the second phase of the project, receive more exposure from the public, strengthen the link with the municipality, and reinforce the trust of the community in us”.